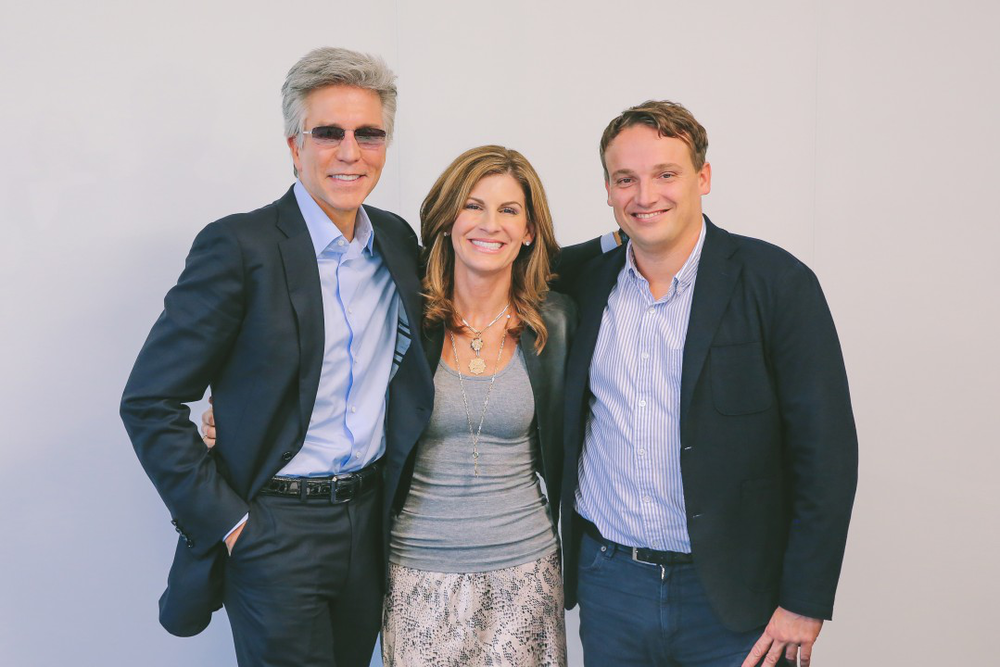 Read LinkedIn post by Bill McDermott on this link

Link to pressrelease, see also the text below the video

Below a Video where SAP’s Bill McDermott explains his decision to step down as CEO in CNBC "Squawk Box".

This is a morning news and talk program, where the biggest names in business and politics are invited. Anchored by Joe Kernen, Becky Quick and Andrew Ross Sorkin. Bill McDermott explains his decision to step down from his role as well as why he feels his successors Christian Klein and Jennifer Morgan are the best people for the job.

Pressrelease WALLDORF — SAP SE (NYSE:SAP) today announced that Bill McDermott has decided not to renew his contract and is stepping down from his position as chief executive officer. In activating the company’s long-term succession plan, SAP Executive Board Members Jennifer Morgan and Christian Klein have been appointed co-chief executive officers, effective immediately, with the approval of the Supervisory Board of SAP SE.

McDermott will remain in an advisory capacity until the end of the year to ensure a smooth transition.

“SAP would not be what it is today without Bill McDermott,” said Professor Hasso Plattner, chairman of the Supervisory Board of SAP SE. “Bill made invaluable contributions to this company and he was a main driver of SAP’s transition to the cloud, which will fuel our growth for many years to come. We thank him for everything he has done for SAP. We also congratulate Jennifer and Christian for this opportunity to build on the strong foundation we have for the future of SAP. Bill and I made the decision over a year ago to expand Jennifer and Christian’s roles as part of a long-term process to develop them as our next generation of leaders. We are confident in their vision and capabilities as we take SAP to its next phase of growth and innovation.”

“Every CEO dreams of being able to transition a company to its next generation from a position of significant strength,” said McDermott. “When you look at where we were and where we are, I simply could not be prouder of what this company has achieved over the past decade. I am thankful for the opportunity to lead one of the world’s finest companies. Now is the moment for everyone to begin an exciting new chapter, and I am confident that Jennifer and Christian will do an outstanding job. I look forward to supporting them as they finish 2019 and lay the foundation for 2020 and beyond. To every customer, partner, shareholder and colleague who invested their trust in SAP, I can only relay my heartfelt gratitude and enduring respect.”

McDermott joined SAP in 2002. As head of North America, SAP was able to significantly increase its market share in the region, putting the company on its path to becoming a global powerhouse. He eventually led customer operations worldwide and joined the Executive Board in 2008. For the past decade, McDermott has served as CEO and has overseen a period of dramatic growth for SAP, including expanding its portfolio and initiating a major shift to cloud computing. Under McDermott’s leadership, key metrics including market value, revenue, profits, employee engagement and environmental sustainability have all strengthened substantially since 2010.

With the formal endorsement of the Supervisory Board, the company activates its leadership succession plan, designed to preserve continuity and empower its next-generation leaders in advance of the formal kickoff to calendar year 2020.

“As they have already demonstrated, Jennifer and Christian complement each other perfectly and will be strong co-CEOs, a leadership model that is time-tested at SAP with multiple prior instances of success.” Plattner added.

Morgan and Klein bring decades of experience in the enterprise applications software industry. Both serve on the Executive Board. Morgan, who joined SAP in 2004, most recently served as president of the Cloud Business Group, overseeing Qualtrics, SAP SuccessFactors, SAP Ariba, SAP Fieldglass, SAP Customer Experience and SAP Concur. She was named an Executive Board member in 2017.

Morgan said, “I could not be more grateful to Hasso Plattner and the Supervisory Board for placing their trust in me and Christian to lead this next chapter for SAP. We accept the challenge with a high degree of humility, but also with a sincere belief that the best is yet to come for SAP. We have the finest, most talented colleagues in the world who give us so much confidence in the road ahead. Bill McDermott has been not only a tremendous leader, but a mentor and a role model for so many of us. In Bill, we stand on the shoulders of a giant and look forward to building on his legacy of success.”

Klein, who started his career at SAP two decades ago as a student, most recently served as the company’s chief operating officer, also overseeing product development for the flagship ERP solution SAP S/4HANA®. Previously, he worked as SAP SuccessFactors chief financial officer and as SAP chief controlling officer. Klein was appointed to the Executive Board in 2018.

Klein said, “As someone who began my career in the halls of SAP, this is the highest honor I can imagine to become co-CEO together with Jennifer. Hasso Plattner has given us a tremendous opportunity and we are truly thankful to him and the Supervisory Board. SAP has the most comprehensive solution portfolio in the industry. We have an unprecedented opportunity to finish what we started and deliver the intelligent enterprise. This will be the best way to honor our predecessor, Bill McDermott. We will always strive to be leaders who bring out the best in people like Bill has always done.”

Posted by EM Fahrer. The published text comes from a pressrelease made by SAP and a personal e-mail sent by Yasmin Awad, SVP, Global Customer Value Services supporting SUGEN. SAP UserGroup Executive Network where SBN is represented by CEO, President and Vice President.