Many organisations struggle with their ability to test their processes quickly and regularly and to be able to validate their current processes end to end. The majority of companies are still doing this manually, and even with a solid, tried and tested, suite of test scripts it still takes a large amount of resources and time that most organisations do not have readily available. For those organisations who have automated their testing, they still face many of the same challenges, the scripts do not update themselves and working out what to test and how many scripts to run is difficult. The organisations still doing manual testing usually end up with a compromise that probably doesn’t really test enough while those organisations with automated test suites often just run the full suite rather than spending time on analysing what is actually required.

As most organisations have now adopted agile, lean, continuous delivery type models the ability to test regularly and quickly has become a necessity and this has to be done, without compromising quality. Testing SAP is never a trivial exercise so many companies are now starting to look at alternative test approaches with the aim of achieving the holy grail of no touch/lights out testing. There are many consulting organisations, who will tell you they have the answer to all your testing and business assurance challenges. However, most of us also want to listen to and share experience with other SAP customers who are facing the same set of problems.

That’s why Sogeti, with the help of SBN, are delivering a webinar on April 30th for SBN members, which focuses on what two SAP customers in Finland have achieved by working together with Sogeti. Forbes rank both customers, OUTOTEC and NESTE among the world’s most sustainable companies and in recent years have featured among the contenders for SAP Quality Awards for SAP Implementations. OUTOTEC and NESTE will share their journeys in developing a comprehensive, test automation approach which leads to the goal of zero touch, no intervention style testing which leverages the latest RPA technology. 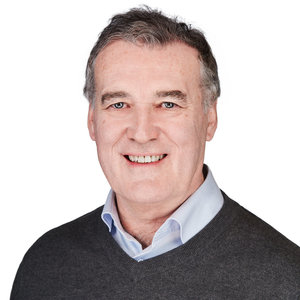 To register for this free webinar, please use this link: